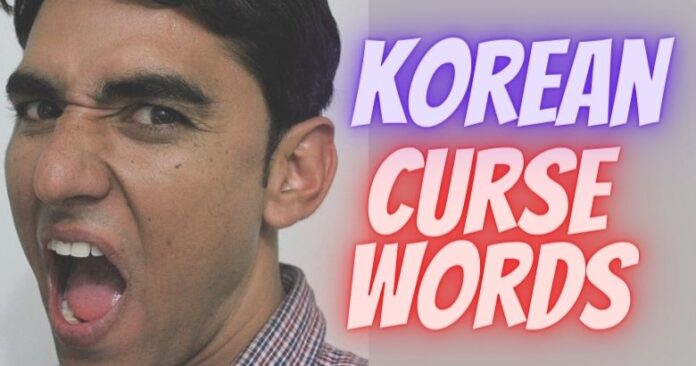 The equivalent term of the curse is 욕 (yok) in the Korean language. There are many Korean curse words in Korea. When Korean people become angry with another person they start to insult others using curses 욕 (yok). Normally foreigners who work in a factory have to face many insults and get 욕 (yok) from their Korean coworkers and boss.

Sometimes Korean people get angry and because of a lack of proper knowledge of the Korean language, foreigners think that they are insulted by 욕 (yok), but many Korean don’t use 욕 (yok) even after getting mad.

what are bad words in Korean?

나쁘다 (Na beu dah) means bad and poor in Korean. Poor in a sense of low quality. The antonym of 나쁘다 is 좋다. Here are some examples of 나쁘다-

After the conjugation 나쁜 can be used.

Here is a list of swearing words in Korean language.

Are there curse words in Korean?

Yes, there are many Korean curse words in Korea. The curse is called 욕 in Korean.

How do you say WTF in Korean?

What is Shibal in Korean?

Shibal in Korean means oh shit… Or oh fuck…. It also means motherfucker.When something goes wrong, When people get angry, annoyed or frustrated they use the word shibal. It is written as 시발/ 씨발. This is the most used cuss word by Korean and it is used with aaish (aish shibal) 아이씨 씨발. When Koreans get extremely frustrated they say the offensive word Shibal-saekki-ya (씨발새끼야) which means you fucking asshole.

Is Babo a bad word?

babo is not a bad word. Though the basic meaning is stupid, dumb it is used easily among close friends.

Is aish a bad word?

아이씨 ‘aish’ alone is a little harsh term and translated as Darn” or Ugh. But when it is combined with shibal it is considered a bad and offensive word. Korean use this aish term with friends and colleagues. 아이씨발means What the fuck in Korean.

ABOUT US
A complete website to learn Korean letters, vocabularies, Phrases, grammars and to play Korean quiz
FOLLOW US
© 2021 - 2022 Koreanly.com - All Rights Reserved
MORE STORIES
Phrases

6 ways of saying WHAT in Korean- Korean WH question word